Dan and I are on an adventure to eat our way across Houston. We are working on this list of the Top 100 Restaurants in Houston. Though I'm sure not exhaustive, and your mileage may vary, and whatnot, we like food and we like lists to we figured we'd give it a shot.

We've already eaten at a couple of these including our beloved Beavers (which never disappoints and I'm amazed it's all the way down at #86), Dolce Vita, and Kenny and Ziggy's (a restaurant my grandparents love so much they went there twice while in town for my wedding).  So I'm expecting some pretty good eats from the rest of the list. We tried to go in order, but number one is a small place that only seats 30 people at a time and was already booked solid for the next two months. So we started with #2: Kata Robata. In addition to sushi they have an interesting cooked food menu with meats and noodle bows and stuff. We went there on literally the hottest day of the year so far- it was 108 degrees in the city- so we opted for a bunch of cold food. (We actually ate this dinner over a month ago, but bad blogger Steph is just posting it now.) 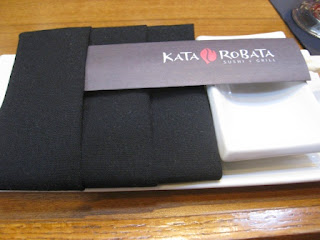 The reviews were mostly good, except for the few old people claiming it was too loud and they would never go back. It has mostly unfinished ceiling and there was a bit of a din, but it didn't bother us. If you're big on atmosphere then maybe it would be a problem, but honestly I don't give a crap about decor or noise level or even not-great service if the food is awesome. 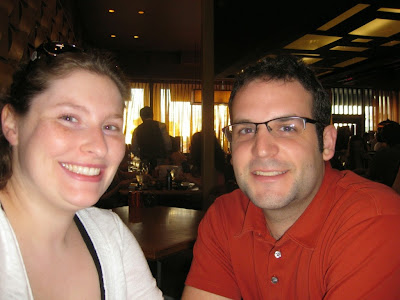 And the food? Was awesome. We started with some Japanese craft beer, so that was cool. I had the white ale and Dan had Red Rice Ale. Both were tasty. 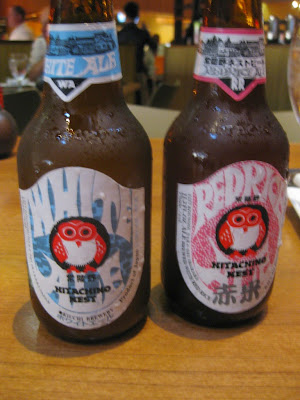 We ordered all manner of sashimi, sushi rolls, and sushi. The white stuff here is a cauliflower puree, which I found tasteless and odd, but the kumquat slices stuck in it were a thing of beauty. 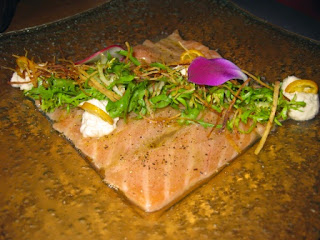 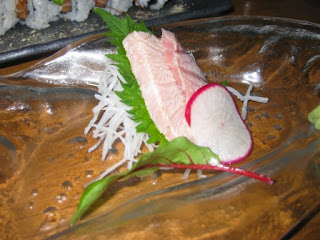 Those red lines here are chili strings. Um, can I have these on everything please? 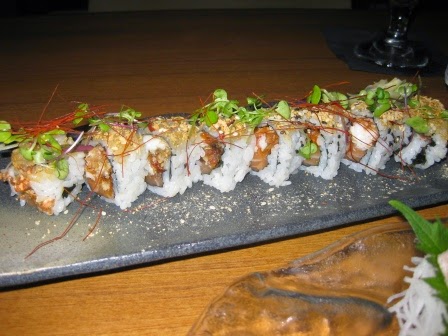 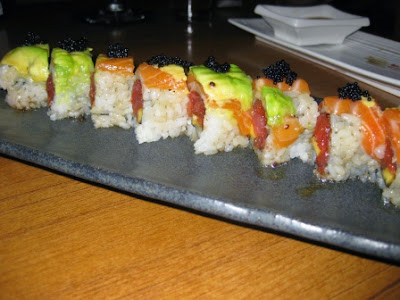 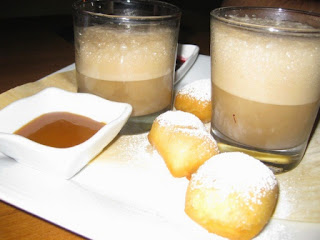 So what's the verdict? The dessert was incredible, the rolls were good, and I love that they had Japanese craft beer instead of just the usual boring Kirin Ichiban... but it was not particularly special considering the drive. Honestly, I think the sushi rolls are just as good at Tokyo Bowl, which is right next to JSC where we are nearly every day. Overall I'd recommend it, especially if you're already in the area, but not make any more special trips for it. If you want good sushi while visiting Houston, drive down to take the space center tour, and hit up Tokyo Bowl while you're there.
Posted by Stephanie at 8:00 AM