Last weekend we hit up two places for Houston Restaurant Weeks. Saturday night we trekked over to Melting Pot. I try to avoid chains for this event, but I think Melting Pot is different because its so freaking fun. I didn't take a lot of pictures because the lighting is not so great, but we sure enjoyed the cheese, cooking, and chocolate fondue! 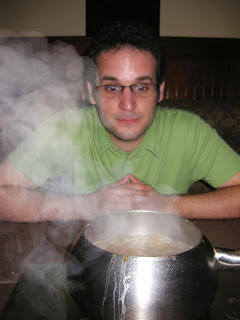 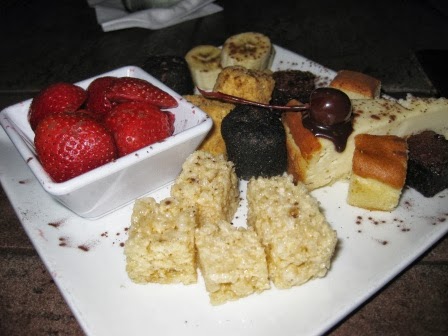 We ordered the Mexican Milk Chocolate, which is chocolate with a bit of cayenne pepper and cinnamon. Spicy, but not too spicy. Yum! 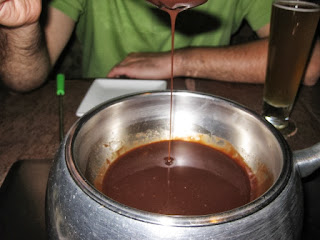 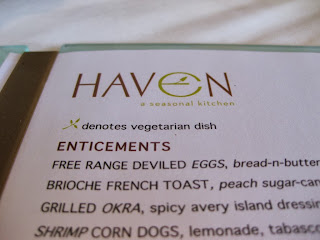 They do southern food with a fancy twist, but the majority is sourced locally and in season, so their menu changes seasonally to reflect what's actually growing in Texas right now. 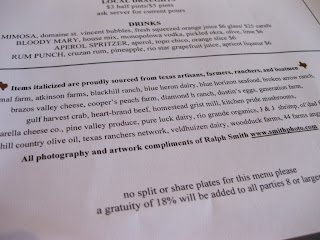 Brunch for Restaurant Weeks is a 2 course for $20. First up:
Beer from local Houston 8th Wonder Brewery for Dan, fresh squeezed OJ mimosa for me! I was trying to be good, so even though the french toast sounded the best, I ordered the arugula salad and stole a bite of Dan's french toast. His was really was amazing, but mine was pretty good too. 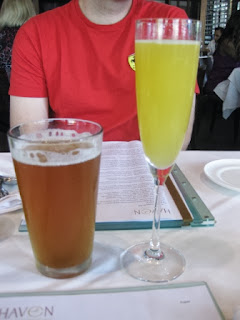 And for the second course:
Dan ordered the fried catfish which came with an amazing hollandaise sauce, a fried egg, and on a bed of cheese grits. Every part of it was fantastic, and yes I stole a couple bites. 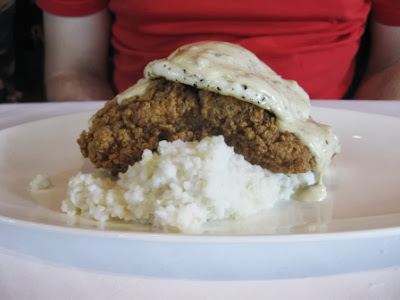 I had the forest mushroom pasta, which was also delicious and topped with a variety of very interesting local mushrooms. Cool. 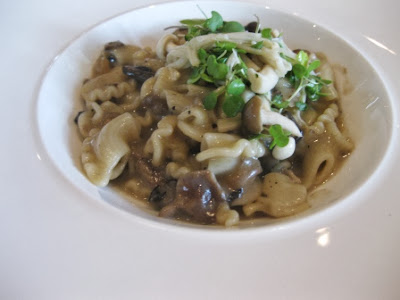 When it came time to pay, the pen that was dropped off with the credit card slip was cardboard, wood, and recycled plastic. Neat! 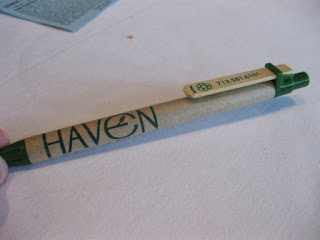 Another successful Restaurant Weeks adventure!
Posted by Stephanie at 8:00 AM