What I Ate Wednesday 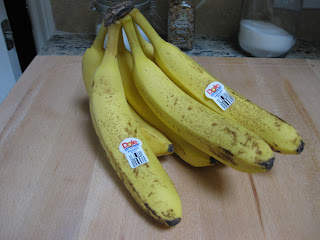 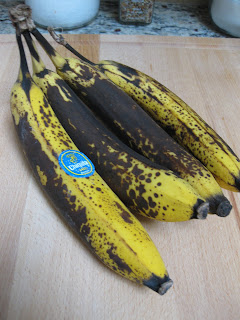 Make Banana Bread, obviously!
I usually make the same banana bread every time, an old recipe from Cooking Light that I add half a cup of chocolate chips to... the idea of banana bread without chocolate doesn't appeal to me. But I wanted to mix it up this time, so I went to browse Recipage. There I found this delicious sounding recipe, Nutella Swirl Banana Bread (from Bran Appetit). Sign me up!

I followed the recipe almost exactly, omitting the hazelnuts because I don't really like nuts in my banana bread. I know its weird that I don't like nuts yet was willing to put globs of hazelnut-chocolate spread into my banana bread, but its a texture thing, not a taste thing for me. Banana bread should not be crunchy! (Personal opinion, you may make your banana bread as crunchy as you want)

(Aside: Blogger insists on auto-rotating photos and sometimes it does it ALL wrong, like below on the left. Anyone know how to fix that adorable "feature," let me know!)
At left, before baking. At right, fresh from the oven: 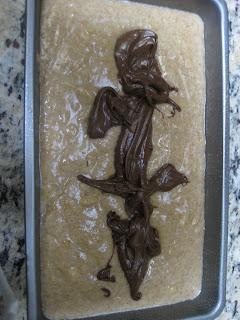 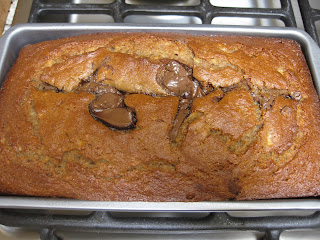 I hacked it up into 12 slices, and checked out the nutrition info on Calorie Count. Not so terrible, for a dessert. I try to keep snacks around 200 calories, so a 250 calorie slice of banana bread is close enough. 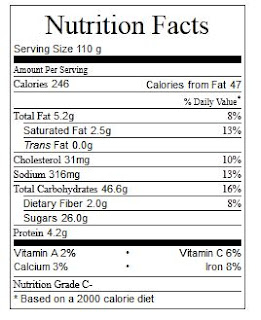 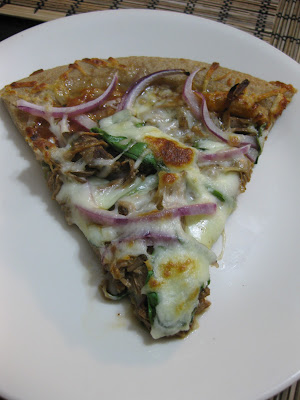 Other food pics from recently:

Leftovers Pizza- not pizza that was leftover from yesterday, pizza made with leftovers. Boyfriend cooked some pulled beef in the slow cooker, and to use up some extras we added it to a pre-made whole wheat pizza crust with: BBQ sauce, onions, spinach, and mozzarella cheese. 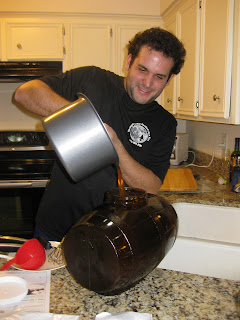 Making beer- boyfriend pouring the beer concoction into the keg where it will spend the next 2 weeks brewing. After that is spends 2 weeks in bottles at room temp and 2 weeks in bottles in the fridge. 6 weeks later we have beer, we hope!

Thanks for joining me for another What I Ate Wednesday!

Posted by Stephanie at 7:30 AM