Sadly I had to be up bright and early this morning for work (had to be at console by 7am, lamest Saturday ever) so we couldn't do alot of partying.  I am trying to keep track of calories but it wasn't so easy without nutrition facts or measuring devices available. I still attempted to make better choices, but didn't want to let that get in the way of the fun!

After work we headed out for drinks. Bf's friends chose Hooters because it is on the proper side of the highway for them to stop at on their way home from work. I am, as you might imagine, not a huge fan of Hooters. Not only for their "delightfully tacky" undergarments that pass for clothing, but also because the food is not exactly healthy.  I got a good laugh from the little "Dr. Hootie" icon in the menu supposed to indicate the healthy menu items.
We were both hungry and our dinner reservation wasn't until 7, so we ordered 10 "naked" wings. These are fried but aren't breaded... I had to bargain him down from french fries as it was, so I did the best I could.  I also had a beer. (Blue Moon, so there's totally fruit on the side, which makes it healthy!)

After some drinks with the boys (I switched to water after 1 beer) we headed over to the Kemah Boardwalk, an outdoor dining/shopping/carnival/rides area that overlooks Galveston Bay. We had dinner reservations at RED Sushi for hibachi. We were told our table wasn't quite ready, so we got drinks at the bar. I ordered the Mango Mojito which was delicious. Boyfriend ordered a Red Dragon, which sounds manly but was actually a fruity pink drink. 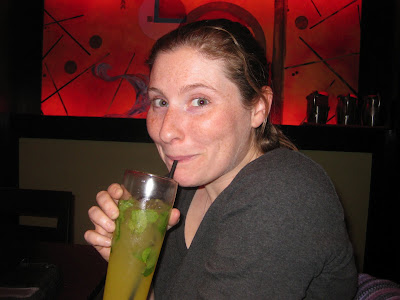 At our table we were seated with this family with two cute and well behaved kids. The older one was a 4 year old boy who definitely enjoyed the show. The chef told him the butter was "vanilla ice cream" so every time he added a scoop of butter to something, the kid said "Ice cream!" I like that kid.

Me, I'm just here for the fire! 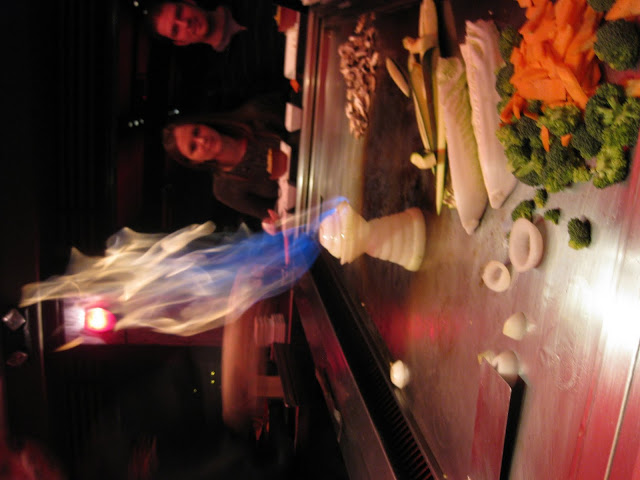 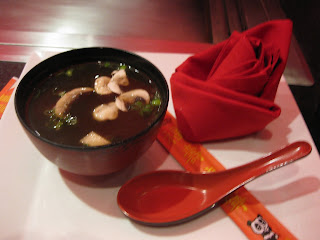 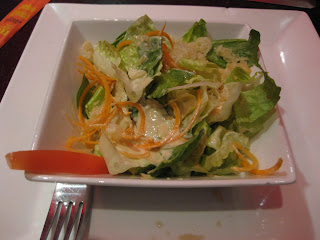 Rice: (I ordered steamed rice to try to be a little healthier, but the fried rice had soybeans in it so I stole a bean or two from Dan. Yum!) 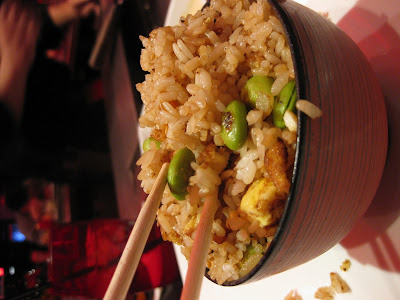 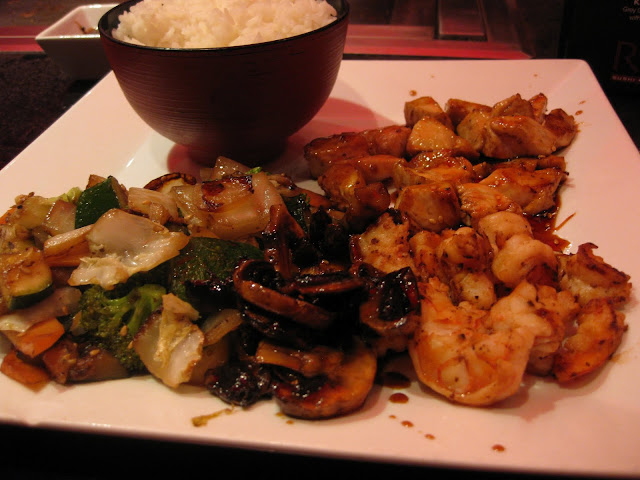 Since it was Dan's birthday I told him he should go big. He got a combo with a lobster tail. They popped it out of the shell and cut it up to cook, but then stuck it back in the shell to eat. Yum! 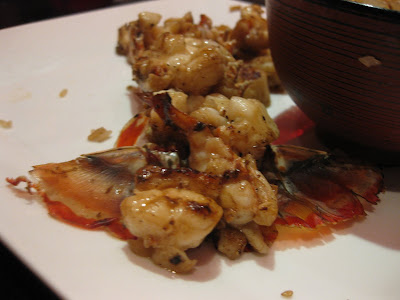 Our leftovers went into one box for Dan, since it was his party after all, but I am a little ashamed to say I ate all my meat and hardly any veggies before packing it up. That's backwards! At least I packed up over half the rice. Still, it was a delicious dinner with a wonderful boy. Happy Birthday Dan! (He doesn't like to be in pictures, and I have to let him this time, since it's his birthday...) Now I'm in Mission Control holding down the fort until 4, then heading off for a 6 (eek!) mile run.
Posted by Stephanie at 11:33 AM