Let's start with the good news- After a minor hiccup in the smart coach plan, we are back on track (but one week behind) having just accomplished my first 6 mile run ever!
Last week in review:
Monday- 5 mile run after work. No serious tummy troubles this time, yay!
Tuesday- Rest. Usually this is yoga day, but I had a simulator run scheduled from 5pm -9pm (time on the simulator is hard to get, so you have to take what they'll give you). I hoped to do some home yoga in the morning, but decided instead to sleep in.
Wednesday- 4 mile run after work. We left work kinda late and ended this run in the dark. Not wanting to get attacked by deers out in the trail did inspire us to run a little faster. Came home to some delicious beef cooking away in the slow cooker- I never had slow cooker meals before meeting my bf, but coming home after a run to a fully cooked dinner is amazing! Go slow cooker!
Thursday- Yoga. Thank goodness I made it to this yoga, my body really needed some stretching out. I cooked some beef with taco seasonings at the beginning of the week and ate it for taco salads all week long. Delicious! 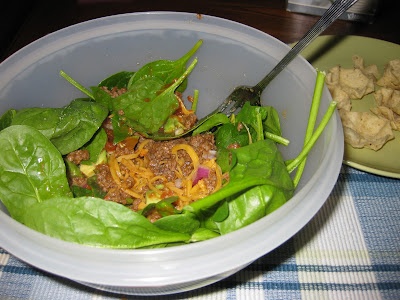 In the bowl is Spinach, cheese, taco meat, avocado chunks, red onion, and salsa. On the side is tortilla chips.
Friday- Rest. Hit up happy hour with some of my coworkers then a movie (Haywire) with some of Dan's coworkers. The movie was pretty good. Its not exactly a thinking man's movie, but if you like to watch a real-life female MMA fighter kick the crap out of dudes and kill a man with her thighs, then this is a good movie for you! I personally love a good action flick, and this has enough fights, gunplay, and twisty-turns to keep me occupied.
Saturday- 6 mile run.
Sunday- T-Rex strength training workout. Lazy stir fry dinner. 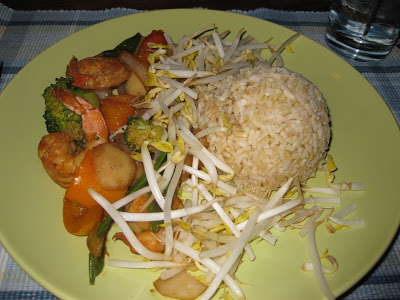 Now for the goals update... Sad to say I'm pretty much blowing it on my January fitness goals.
I've been to Yoga twice this month.  So much for "do more yoga." I clearly need to stop making this a goal, having failed at it twice.
Smart coach plan was also not stuck to wholeheartedly. I don't think its such a bad thing that we decided to repeat a week, or that tummy troubles derailed a run. These things happen. But we gotta stop letting vacations and celebrations derail our training!


As for food goals, fruits and veggies, consumption is up, but it wasn't really a conscious effort so much as clementines being absolutely delicious. The Home Cooking Challenge lives on, so far, and I like the encouragement to find new veggies.

However, I have added some new goals to the list.
I would like to lose a little weight but not have to full-on diet, so I am determined to start measuring food and making good food choices.  To help out there, I purchased a new food scale. My old scale was analog; the digital ones (though more expensive) are easier to use and harder to lie about. A hard digital number has no wiggle room. 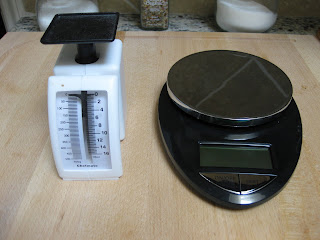 And I've added weight training to our fitness regimen- TRX circuits 1-2 times a week- and want to keep that up as well.
Posted by Stephanie at 7:30 AM