I have a pretty cool kitchen. I picked the house almost exclusively for the kitchen and, since I bought the house before it was built, I got to pick out alot of the tile, cabinets, counters, etc for it. While I chose the basic stuff for most of the house, I did upgrade some of the kitchen stuff. Its got very pretty purple flecked granite countertops, the darkest brown wood cabinets, a gas stove in the countertop, and lots of counter space. It also is open to the living room which means I can watch TV from the kitchen. I hate being in the house alone in the quiet, so I usually keep the TV on. Here's a shot of the only clean-esque part right now: 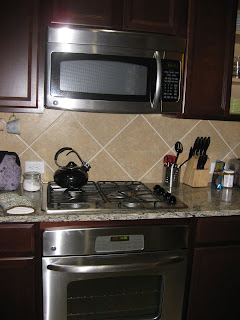 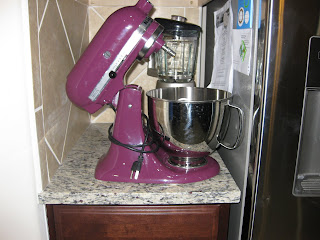 Also I have a decent collection of kitchen stuff, amassed since 11th grade when I went to a summer science program at the University of Florida and stayed in a dorm with a kitchen. The stuff I got that summer, plus several Ikea trips has me set up pretty well. Chief among my beloved kitchen items is: my purple KitchenAid stand mixer, plus bonus dough hook (matches the countertops) (thanks mom!), my green Ikea plates, and my wine rack (also from Ikea, thanks dad for hanging it up!). Check out that beautiful stand mixer!

But from reading food blogs, searching recipes, and, you know, having eyes, I have a huge kitchen want list. It is as follows:

See what I mean? And my birthday was in September so I guess I missed that opportunity to stock up. Then there's also my running wants list (coming soon, mostly involves things from lululemon that I should not buy) and my regular clothes wants list (I'll spare you the details but it involves, among many other things, a sweater dress, black sneakers, and replacements for my holey jeans). I will definitely be making a trip to Ikea soon. I just can't resist their cheap, bizzaro stuff! Is now a good time to tell you I fantasize about quitting my job to become a professional cupcake baker? Maybe one day... 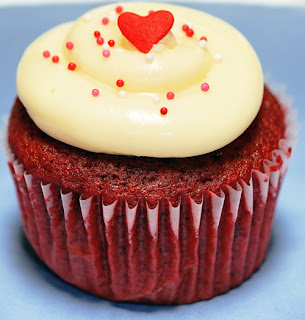 Posted by Stephanie at 2:42 AM

Email ThisBlogThis!Share to TwitterShare to FacebookShare to Pinterest
Labels: products