Why the Texas Anti-Abortion Bill is so Bad

After all the excitement of the 11 hour filibuster to defeat Texas Senate Bill 5, I was in an internet forum (as you do) discussing the amazing Wendy Davis who stood without food or drink for over 11 hours to save our lady parts from religious oppression.

And someone said "What's wrong with saying an abortion can't happen after 20 weeks and [it] must be done in a surgical center?"

Good question, I'm so glad you asked!
First of all, the American Congress of Obstetricians and Gynecologists went on record saying that it opposes measures that single out abortion providers and impose strict measures that go above the requirements for other procedures of similar risk. Given that, it seems to me that this bill is targeted not at stopping unsafe practices, but is specifically targeted at making abortions as difficult to obtain as possible.

Now, let's look at this graphic (from here):
Since the labels didn't copy, I'll tell you that dots are current abortion clinics in Texas. The grey dots are the ones that meet the criteria for staying open under the proposed bill, the gold dots would either be forced to close or make expensive renovations to become surgical centers and stay open. (And again, the professional organization of doctors who specialize in pregnant women DO NOT agree that these heightened standards are necessary to patient health.) 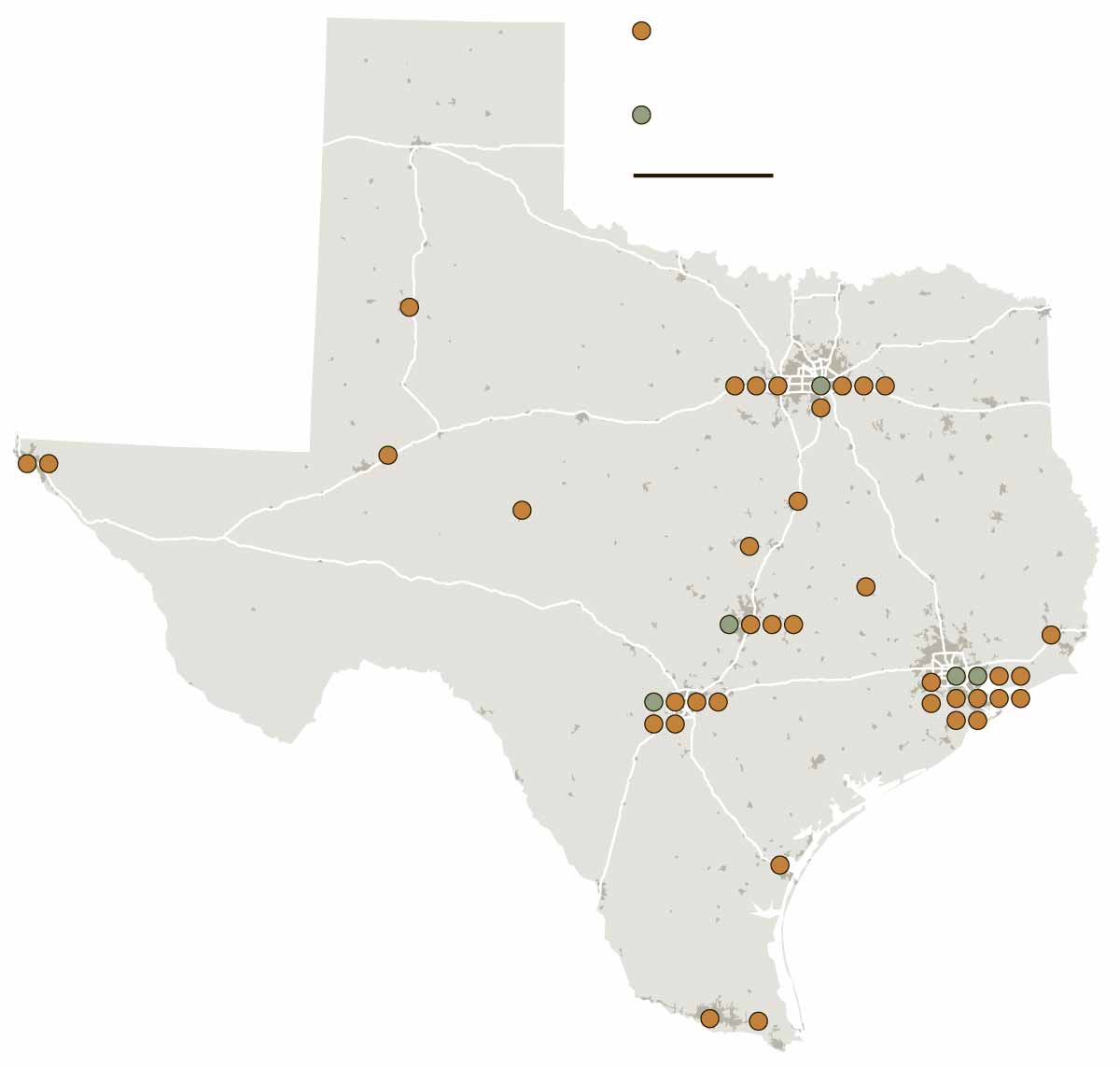 So imagine you are a poor woman living in a small, rural Texas town and you need an abortion. You need to drive 8 hours to the nearest clinic. When you get there, you can have a sonogram, and then you must wait at least 24 hours before returning for the abortion. Maybe you decide to stay in a crappy motel nearby rather than make the drive. Or maybe you have other kids at home or a job you have to get back to, so you drive the 8 hours back to your small town. And then the next day, or the day after that- or several weeks later when you can get another day off- you make the 8 hour drive back to the abortion clinic to get the abortion done.

Do you see all of the obstacles placed in front of this woman? Well, let's add one more. Now she has only 20 weeks to get the procedure done. Subtract at least one month, when she was pregnant but didn't know it yet. Now there's only 4 months left. Four months to decide you don't want to carry the pregnancy to term and then arrange to drive 8 hours, at least twice and possibly four times, to get an abortion. How many times in the last 4 months were you able to take 2-3 days off of work to drive 600 miles away for a medical procedure? (Now stop and realize that if you answered greater than 0 you are lucky that you have a job that gives you sick leave and have the means to make the trip. And realize how many people are not so lucky.)  It is absolutely imposing a hardship. A hardship designed to keep women from having abortions and force them to carry unwanted pregnancies to term. And if they didn't have 2 days to take off work for the abortion, what's the likelihood they have a week take off work to give birth, or the ability to pay for their delivery and hospital stay?

Next case? A 14 year old girl raped by a family member. Now not only does she have to travel 8 hours for an abortion, she can't even drive. And her parents may not be so willing to take her to a doctor because they could get themselves in trouble. It's not middle class women with good jobs, good health insurance, good sex education, and access to birth control that are hurt by these restrictions. It's not you, forum poster who obviously has internet access, a computer, and time to spare, who doesn't have time to get an abortion in 5 months. And it's not me, either.

The problem with this, and with all anti-abortion legislation, is that it does nothing to treat the cause of abortions. Abortions do not happen just because slutty women want to have tons of premarital sex. Rather they happen in a perfect storm of lack of education, limited access to contraception, and lack of resources to raise children. For a poor woman with more mouths than she can afford to feed already, who is unable to obtain or afford contraception or daycare, she doesn't need another baby. And rather than trying to take away the reason this woman got pregnant (lack of sex education, lack of access to contraception, lack of options to report spousal rape) so she doesn't need an abortion... instead they are taking away the only out she has left.

That woman, and thousands of women, will suffer because of this bill. And those innocent babies that the anti-abortion crowd is so desperate to save will suffer too, by growing up unwanted and in poverty, where these same Republicans will cut funding to their schools, Medicaid, and other social programs that could help them. If you are opposed to abortions, what are you doing to stop abortions from happening? If your answer isn't "helping women not get pregnant when they don't want to," "preventing rape," or "making it easier for women and families to afford to raise their children" then you are NOT actually helping.

But it doesn't matter. Governor Rick Perry has called a special session, reconvening the legislature today to vote on this and a couple other bills. This time it will pass. Sorry, Texas women.
Posted by Stephanie at 7:00 AM