Wednesday night Dan and I headed into downtown for the musical Wicked. 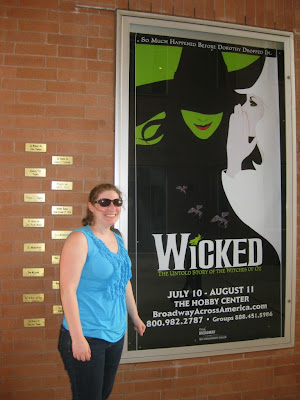 Before the show we ate dinner at Artista, a restaurant inside the theater. It was super fancy, but also delicious!
First they brought out this complimentary platter of plantain chips with a tomato sauce, some sort of cheesy/garlic sauce that I basically wanted to eat straight with that little spoon, and chimichurri. It was delicious! 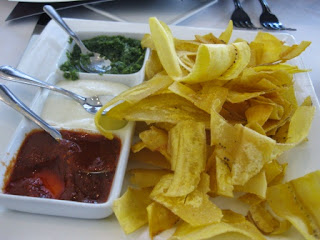 The restaurant is known for its views of downtown... 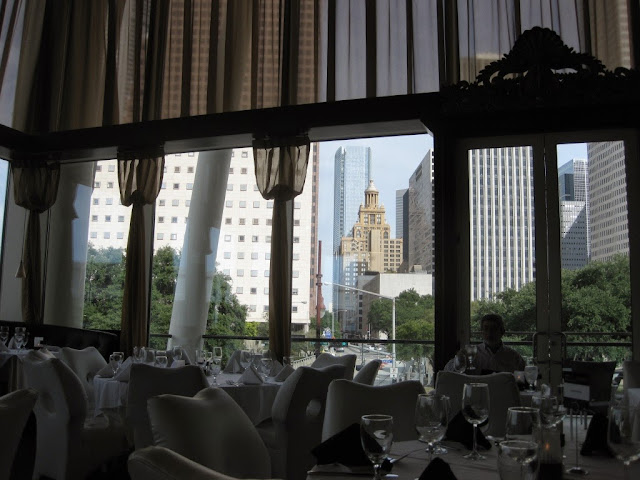 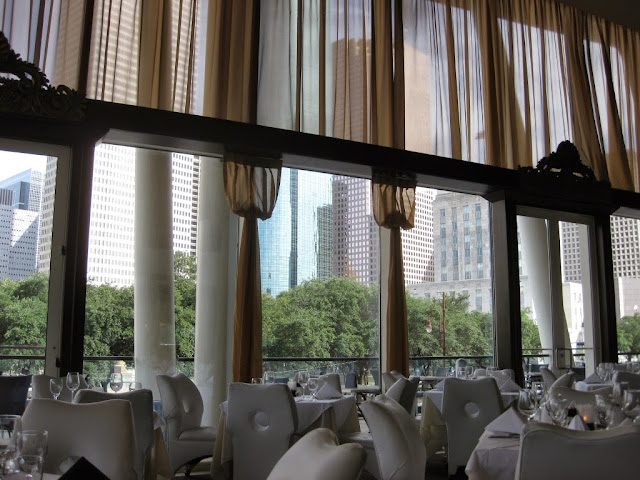 (The restaurant looks so empty here... I didn't think to find a restaurant until Sunday and by then all the 6pm seatings were reserved so our reservation was for 5:30. Then we overcompensated for traffic and got there early. It filled up plenty though, there were no empty tables by the time we left.)

For an appetizer we ordered the hilariously named "lollichops," and you know how we love our meat-popsicles, so we had to get them. The sauce here was also amazing- a cucumber/mint/yogurt sauce. (Dan and I agreed at the end of the meal that while the food was good, the sauces were the real stars of the meal) 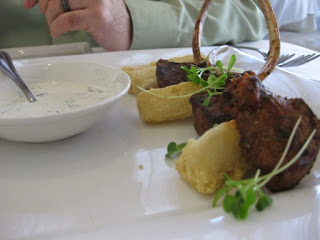 We couldn't decide, so we ordered a couple dishes we both wanted, and swapped in the middle. I ordered the Shrimp and Polenta with tikka masala sauce (SO GOOD!): 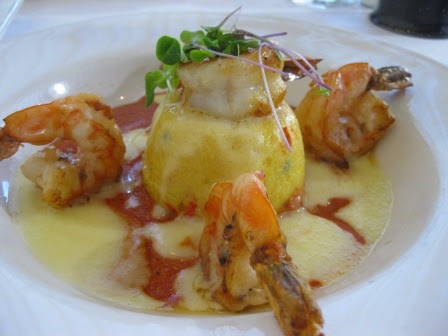 And Dan ordered the swordfish, which came with fried yucca and a blue cheese dipping sauce: 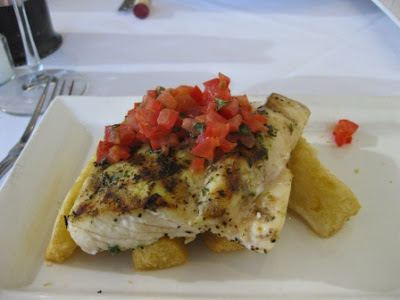 I was plenty full after that, but Dan wanted ice cream and I did drag him to a musical so I figured I should indulge him. Raspberry sorbet, coconut ice cream, and mango sorbet. All delicious! 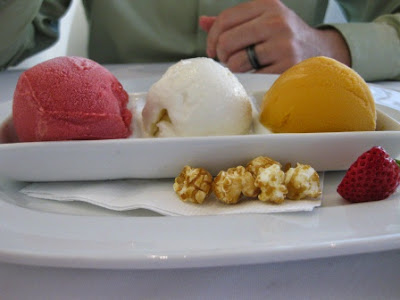 Before the show started I snapped a pic of the stage. Love how the Emerald City glistens green. 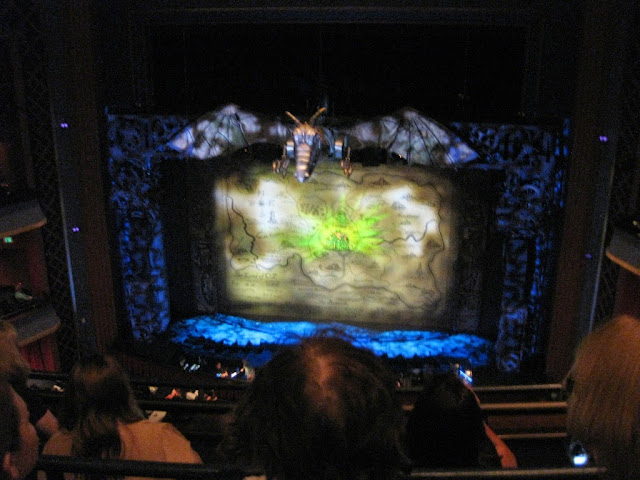 Wicked was fabulous and I highly recommend it.  Such a great story of friendship and girl power (and flying brooms). Maybe I'm a big sap, but I got a little teary eyed every time Elphaba sounded all hopeful about love, or life, or teaming up with the Wizard, knowing (as anyone who has seen Wizard of Oz knows) that she was going to end up the Wicked Witch.
I had read the book a long time ago, but don't remember much so I can't really comment on how closely it follows the book. I did recently just read the original Wizard of Oz book (which is free on Kindle because the copyright has run out- did you know you can get tons of old books free on kindle because of this. I also recently downloaded Little Women.) and it's interesting the differences between the book and the original movie. Amazing that such thin source material (the book is really short) has turned into a whole universe of movies, books, and shows.

And I'll leave you with my favorite song: DefyingGravity

Doesn't it just make you want to smile... and kick some ass?!
Posted by Stephanie at 8:00 AM