Back to the Day Shift

This has been an extremely lazy weekend! I'm still recovering from the overnight shift, think I'm coming down with that cold that was going around the blog-world, and we're getting ready to leave town on Thursday to visit my home. I haven't been home since July! Since then, we visited his home in Virginia 5 times for weddings, holidays, vacations. Sorry Mom and Dad!

So in the past week I ran 2 times (out of a planned 4 times... skipped both long runs), went to yoga once (should have gone twice), and generally was a lazy bum. I'm SO tired that when I woke up this morning I just could not bring myself to go on the planned 6 mile run. This latest overnight shift has really screwed me up; yesterday I slept until 2! I could have slept longer, physically, but I made myself get up. That is NOT how you shift back to days. Going back to the office is gonna be rough!

Friday I came home from work, headed out to a morning yoga session. Tried mixed level for the first time, and have extremely sore muscles in my back/shoulders/arms to prove it. Then I came home and- big mistake- had a nap. Planned only an hour but just could not bring myself to get out of bed so I kept resetting the alarm for later. Finally I did get up, grabbed dinner and a movie with some friends. Then passed out. And slept. And woke up around 3 am to lie awake for a few hours, then slept some more. 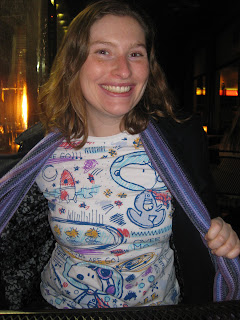 I wore my Astronaut Snoopy shirt!

And I had a date with this funny face: 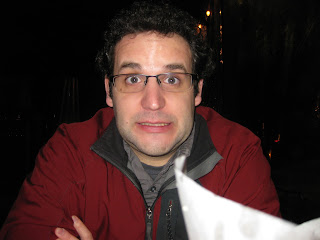 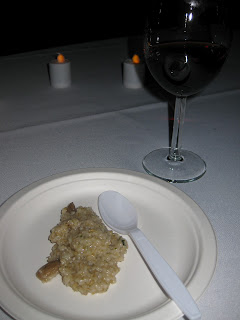 We went to this outdoor Valentines event at the Houston Arboretum. We are always looking for new ways to explore the city, especially food. This event was a tasting menu as you walked through the arboretum- the trail was lit with electric tealights in paper bags, the night was cold but not rainy- it rained Friday and is pretty grey now, so they lucked out. It was fun and romantic, I guess, but I'm pretty sure I wouldn't do it again. It was very expensive, and not well organized. To start, they said a confirmation email with more details would be sent 2 weeks before the event. It did not arrive until Friday afternoon, the day before the event.
The website had said you could arrive between 5 and 8, so we planned to arrive kind of on the later side. But the last minute email had changed it to 7; and we ended up getting there right at 7 because of some traffic. One station had already run out of food. Another was getting pretty close. IF we do decide to go again (big IF), we would plan to get there at 5 and go through each station twice before they ran out of food. The best station was the "soup" station, which had a wild mushroom (foraged from the Arboretum- hyperlocal food, which is pretty cool!) and steel cut oat porridge that was awesome. It was super dark, so the picture is kinda ugly. 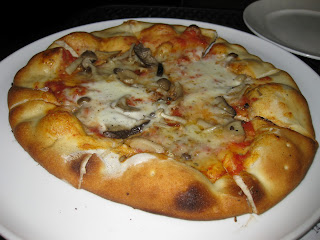 The other problem was... not enough food! We got a small plate at each station (except the one that ran out of food), and a big glass of wine. If we could have gone through twice, then we probably would have eaten enough, but I was thoroughly drunk by the end of it from the combination of too little food and plenty of drinks. So we headed to a nearby bar to grab some snacks:
Musroom Pizza 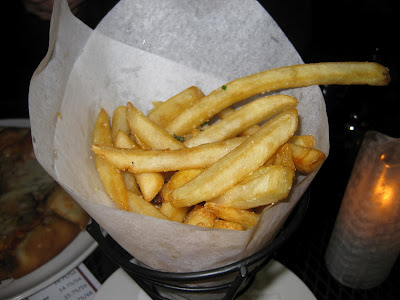 And truffle fries. Yum! If anything, I must give a good review of the Uptown Tasting Room where we had our second dinner. The food was delicious! I'm a big fan of truffle fries. I was drunk and stuck to water, but they had a pretty decent wine list I would happily try next time!

The night cost A LOT, between the event and then the second dinner we had to buy afterwards. I like taking the nontraditional route, and I like trying new things, but I also like getting my money's worth out of things, and I definitely don't feel like I did out of that event. But I did get to spend the night out with this guy, so I suppose it's all good! :-) 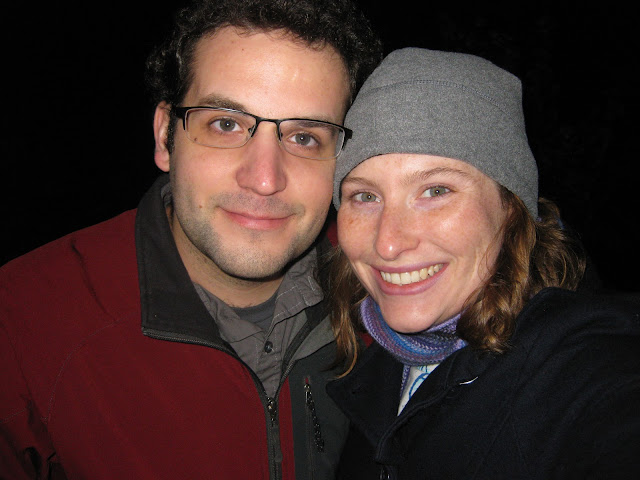