How was your weekend? Mine was awesome, but very busy. I love a weekend to sleep in and relax, but this sure wasn't it...
Thursday night:


After work, we headed back to bf's house to ditch one car and grab our suitcases. Then we hit the road for the airport.

Houston Hobby is a small airport that only Southwest flies to, so parking and security are pretty low-stress, as airports go. About a half hour after parking, we settled in for drinks and food at Buffalo Wild Wings in the airport. Our plane was delayed so we each had a big beer and a bunch of boneless wings, then shared another beer while we waited. 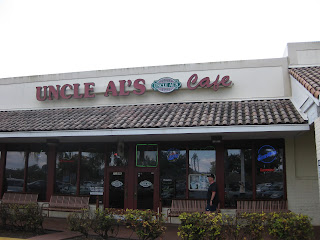 Friday we planned to get up for a run, but since we didn't even land until midnight, we were too tired to wake up early. In Florida it's already summer, so we would have to wake up early to beat the 85 degree heat.
Instead we had a lazy morning and then headed to my favorite restaurant/hole in the wall: Uncle Al's for chicken wings, and fries dipped in wing sauce. Yummy, but in no way good for you. 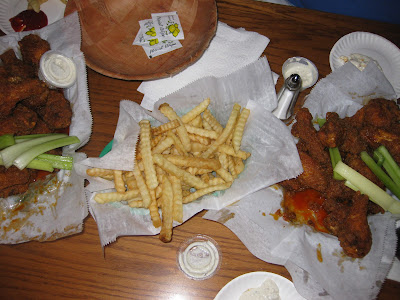 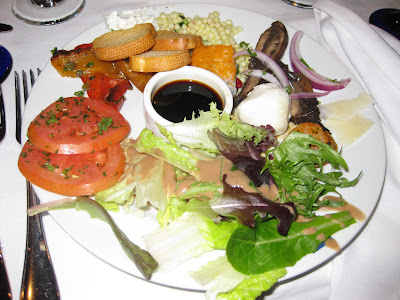 We headed home for a nap (it is vacation after all) and then I spent some time going through my old stuff. As a kid I was a pack-rat who thought every slip of paper was a keepsake. Now I am more discerning. We then went out for a fancy dinner with my parents. It was at Texas de Brazil, an all you can eat Brazilian steakhouse.
I started with a big collection of yummy things from the salad bar, which has a lot more than salad- antipasto meats and cheeses, lobster bisque soup, and many hot and cold sides. 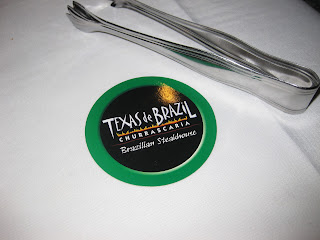 After that, it was time to bring on the meat. They have guys carrying huge skewers of roasted meats that they bring to you- I love the lamb chops (meat popsicles!) the most, but we all stuffed our faces with a variety of cow, lamb, chicken, and pig (none for me, thanks). When you turn your little marker green, they just keep coming and coming. If you flip it over red, they mostly leave you alone. I didn't take pictures but I was in full-on meat sweat mode by the end. 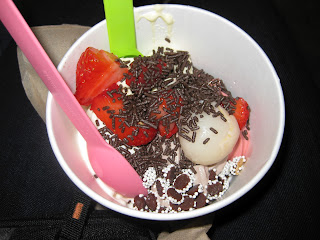 After that we wandered around the strip mall until we could bear to eat food again, so that I could experience Yogurtland! RunEatRepeat is always talking about that place, and for good reason. We don't have one near me, so I was curious to see what all the hype was about.

Boyfriend and I shared a cup and filled it with about 5 flavors (everything sounded so good!) and a bunch of toppings. It was delicious.


Afterwards, it was time for a reunion with BFF Ali. We met up with Ali and some of her other friends at a bar in downtown Ft Lauderdale. There was hugging, staring at the rock on her finger, drinking, and dancing, then we finally fell into bed around 2am.


That was just one day of the weekend, so I guess I'll save the rest of the weekend for the next entry.
Posted by Stephanie at 6:00 PM