So this week I've been in San Jose, CA for work. We've done quite a bit of working, but there has been a little time for play, too. 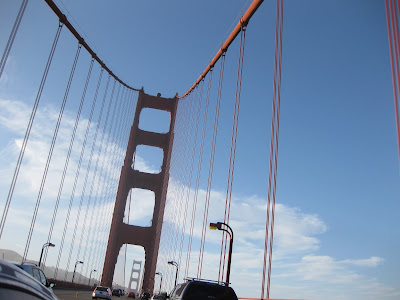 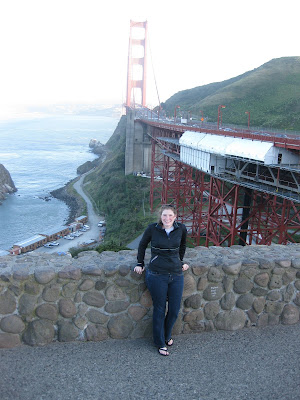 We paid $6 in tolls just to drive across it, stop for pictures, and drive back. Then we parked and wandered over to Fisherman's Wharf where we had fabulous clam chowder (I don't even like white clam chowder and it was still amazing) and other fresh fish. I had snapper. Yum! Then we headed over to Ghirardelli square.
It was too cold for ice cream, so I got Sea Salt Caramel hot chocolate. Delicious! 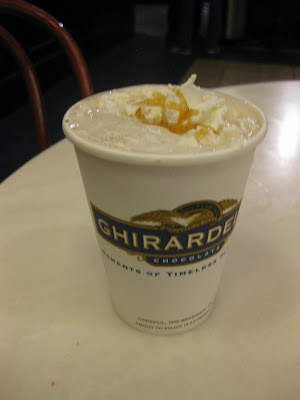 Then we hopped on the cable car. Only we didn't realize the cable car was one way (oops), so we had to hop another cable car to get back to the other side of town. Then we realized we didn't know exactly where we left the car, so we wandered around a bit to find that. In our excitement when we arrived, we ran off without checking the street signs. Oops, again. 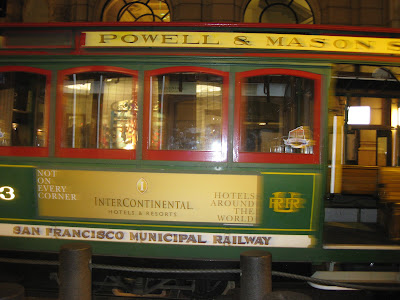 Wednesday morning we made a breakfast run (doughnuts) and happened to (take a detour in order to) pass by Google Headquarters.
It's very pretty, like a college campus. We were amazed that we could just drive up and walk around, no gate, no fences, etc.

When we broke for lunch we had a cool opportunity to see the flight simulators here at Ames Research Center.We all flew the 747 simulator. 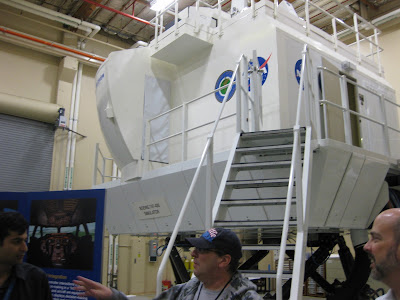 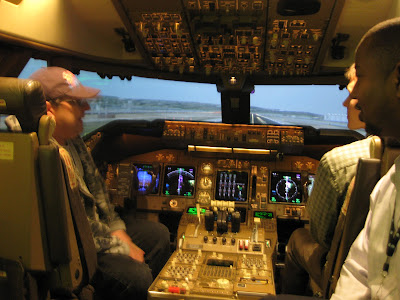 I tried, but was only second best. Here I am right before I drove it through a terminal. Whoops! Braking is really hard- they're at the tops of the rudder pedals and you have to really jam them down while bleeding off airspeed. I think I was too short, I was mostly out of my seat to reach. 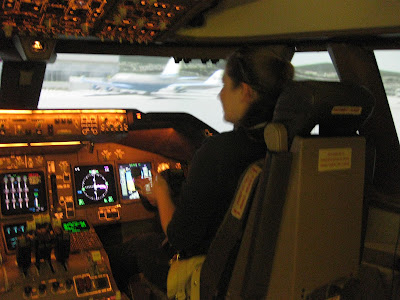 After all that excitement, I took it easy tonight... stopped by Trader Joe's for some snacks and food, G-chat video with Dan, and after finishing this post, heading to bed early!
Posted by Stephanie at 10:00 AM