Friday night Dan and I saw Iron Man 3. I liked it, but I don't think it was my favorite. He was too mopey for my liking. (Snarky Tony Stark is the best Tony Stark.)

Saturday we drove all over town doing errands, including picking up some picture frames to frame some previously unframed stuff that was cluttering up the house.

Says Dan: "Now we have a space house." Pretty true.
Saturday night we went out to Dolce Vita. (I use Houston Press for all dinner recommendations in downtown... they have never let me down!) It was said to be a traditional Italian street cafe, and some of the best pizza in the city, so we decided to venture into downtown Houston and give it a try. 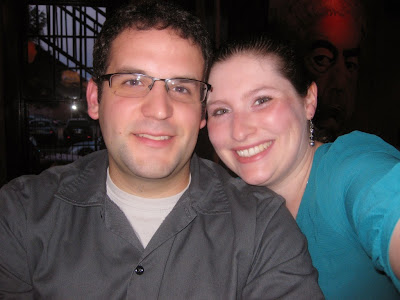 We had a Brussels sprout salad and fried baby artichokes to start: 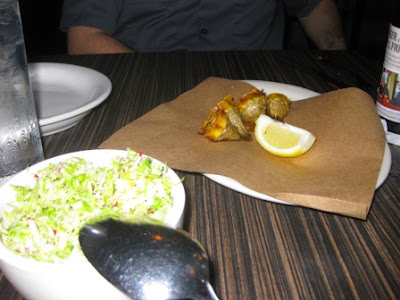 And then the main event! Dan had a pepperoni pizza; I got a pizza with pears, arugula, and truffle oil on top: 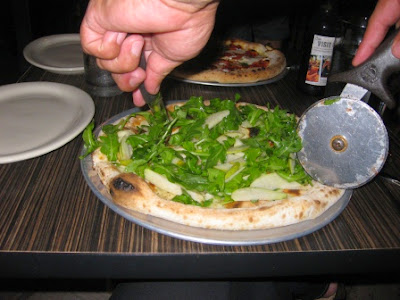 It was quite delicious! The place did remind us of Rome, except for the myriad large and fancy cars driving up (nobody drove big fancy cars in Rome; just a bunch of smart cars everywhere). I don't think I saw anything like that pizza in Rome though- since I don't eat pork I basically had a plain margherita pizza or spaghetti everywhere; I was kinda dying for some salad by the end.... salad on pizza, even better!

After that we headed a couple blocks down the street to the craft beer bar Hay Merchant.  It's hard to see in the pic, but the whole back wall is just a ton of taps and beer names. It's awesome! 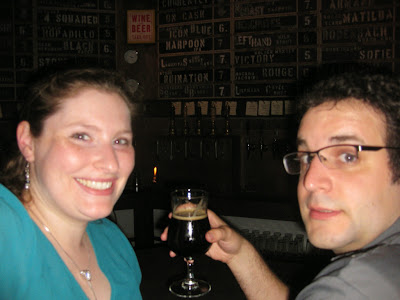 I ordered an amazing Hibiscus Wit, brewed right here in Houston! (Then we took a growler of it to go. No, seriously. This bar will let you take any of their many beers home in a growler.) 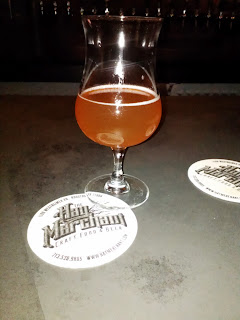 Excuse the cell phone pic, I was trying out my new phone! (One of our Saturday errands was to replace my sad old running-out-of-memory-constantly cell phone with a new HTC First! The camera is way better than my old phone, and it even has a flash!)

Sunday we ended up sleeping in until 11:30! Whoops! We ate leftover pizza from last night's dinner for lunch, then I headed out to the grocery.
This week's meal plan:
Sunday: Hoisin Burgers with Asian Slaw
Monday: Remember that boiled chicken I made last weekend? It's coming out of the freezer to become Curried Chicken Salad.
Wednesday: Baked Mac and Cheese and salad. (meatless night!)

And I just pulled an egg casserole out of the oven for breakfast for the week. (This + spinach and chicken sausage)
(Tuesday Dan goes to karate and doesn't get home until 9, so we usually eat leftovers or I grab some grocery sushi. Thursday is a SPARTAN happy hour celebrating our successful EVA 21 so we'll probably eat there.)
Happy week! 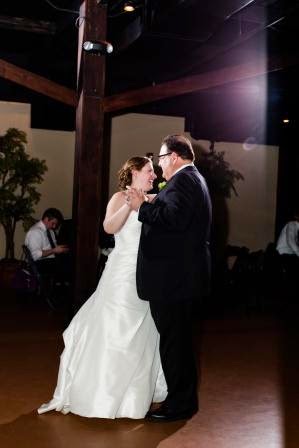 Also a birthday shout-out to my dad: (He doesn't read my blog, but I'm sure my mom will tell him about this!) Happy Birthday Dad!