What I ate Wednesday- Passover Edition

Passover dietary restrictions sure make eating interesting. Think of everything in a day that you eat that is made of wheat, grain, barley, oat, corn, rice, bean. Include soy, corn syrup, and corn starch.  Now take all those things out. What is left?  Not a whole heck of a lot. We can eat wheat IF it is a special flat cracker called matzah, and they make a thing called matzah meal, ground up matzah that you can use in place of flour in baking. But no yeast or baking powder/soda allowed to give them a lift.
In general Passover promotes clean eating, except that it prohibits whole grains. I certainly have bought some extra organic stuff to get me through the week!
For this WIAW party, here is some of my Passover eats:

On Sunday I made a giant matzah French Toast: Cracked up pieces of matzah, mixed with scrambled eggs, and cooked until the eggs are set.
I then divided it up into tupperware for eating at work in the morning. I usually eat mine with maple syrup (allowed, as long as it's pure maple- the fake stuff is chock full of corn syrup) but this time to add some extra nutritional value I put greek yogurt and honey on it instead. 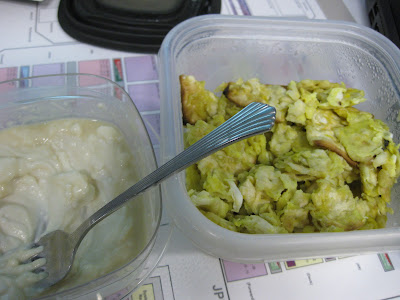 Yummy, and kept me full until noon!

One of the desserts I made was this Lemon Curd trifle. I had some leftover of the Passover cake, so I ate it with cream cheese and organic strawberry jam. 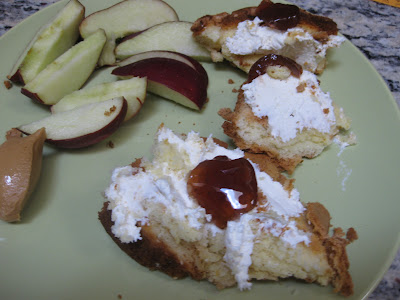 I've also eaten a bunch of leftovers from Friday night's big dinner. Below is the leftover salmon and some veggie matzo ball soup. The salmon recipe was so good- just sprinkle the salmon with salt, pepper, and dill and bake until done. The recipe said to serve with lemon wedges, but to dress it up a little I put thin lemon slices on top. Definitely recommend this- yummy, and bonus points for presentation! 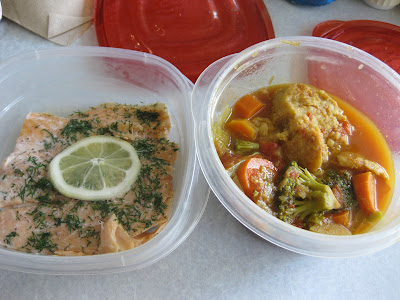 Most of my usual go-to snacks are out, but I'm glad to see that Jason's nut butter has no soybean or corn oil so I spread some chocolate hazelnut butter on a banana for an afternoon snack. 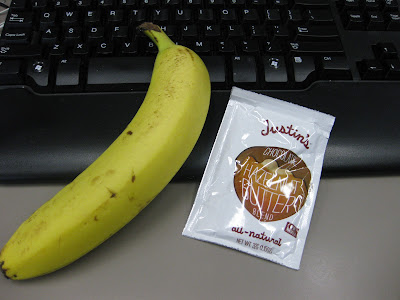 Passover is officially half over, 4 more chametz-less days to go! I can't decide if my first bread meal should be bread, pasta, or something breaded and fried (Buffalo Wild Wings perhaps?). Whatever it is, I'll be eating it Saturday night before my overnight shift... maybe it'll be breakfast food instead!