Wow, I can't believe its November already! Feels like time is flying.

I last wrote in early September that I was starting a new diet. So far it's been working. As of today, 2 months later, I have lost 8.6 pounds, roughly on track for the 1 pound per week I was trying for. I have also managed to exercise 3x a week, mostly keeping to the swim, bike, run cycle. Although as the weather turns colder, my desire to swim decreases, but I do plan to swap that swim for another run and keep working out 3x a week.

My current grad school class is over next weekend, so I'm in the midst of writing a 15 page paper on Lee Smith's Fair and Tender Ladies. Have you heard of it? I'm not particularly fond of it, not enough killer robots from outer space.
Dan is out of town for the weekend. I am not, because I was supposed to be on console... until this happened:

Full story. I had spent months planning for this visiting vehicle mission and was expecting to support console this weekend when it arrived at ISS. Definitely a bummer, but glad there was no loss of life and it's looking like minimal damage to the launch facility.
Unfortunately, it was not a good week for commercial spaceflight all around, as yesterday brought news that Virgin Galactic's ship crashed during test flight, killing one pilot and injuring another. Just another reminder that spaceflight is hard. My prayers go out to the injured crewmember and his family, as well as the family of the deceased. There's a quote by Gus Grissom, one of 3 astronauts killed in the Apollo 1 accident, on the wall in the Saturn V building at JSC, that I think of in times like this:


If we die, we want people to accept it. We're in a risky business, and we hope that if anything happens to us it will not delay the program. The conquest of space is worth the risk of life.

Other, better news? My little sister got engaged at the end of September. Their wedding will be next October. Last weekend I headed to Orlando to help her dress shop (she said Yes to the dress!) and got a bonus football game out of it! 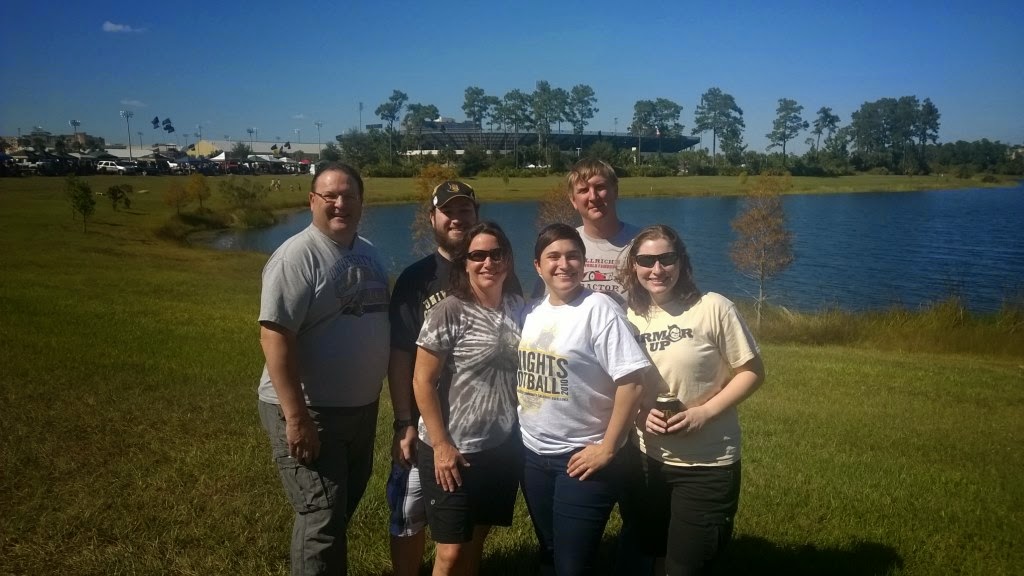 The weekend before we went to a wedding in VA for a childhood friend of Dan's. I actually met the bride at the groom's brother's wedding last September and immediately asked Dan "is she Jewish?" Jew-dar I guess... Turns out that she was, and she asked for my help planning their Jewish-Catholic interfaith wedding.

I  sent her our ceremony and program, which she borrowed from liberally-- with permission of course. I spent countless hours on that stuff, and am glad it is having an extended life and helping others with their own wedding plans. 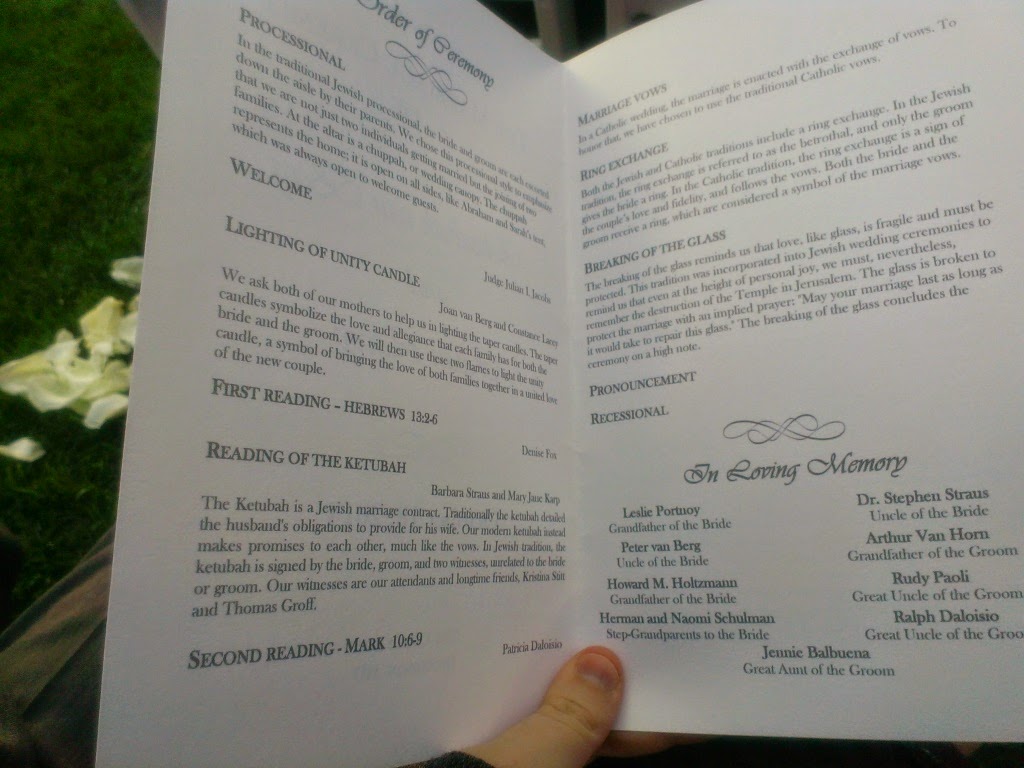 They had a beautiful (but chilly) ceremony outside on a hillside at sunset, then we went into a tent to (warm up and) party. Dancing helps you warm up quick! 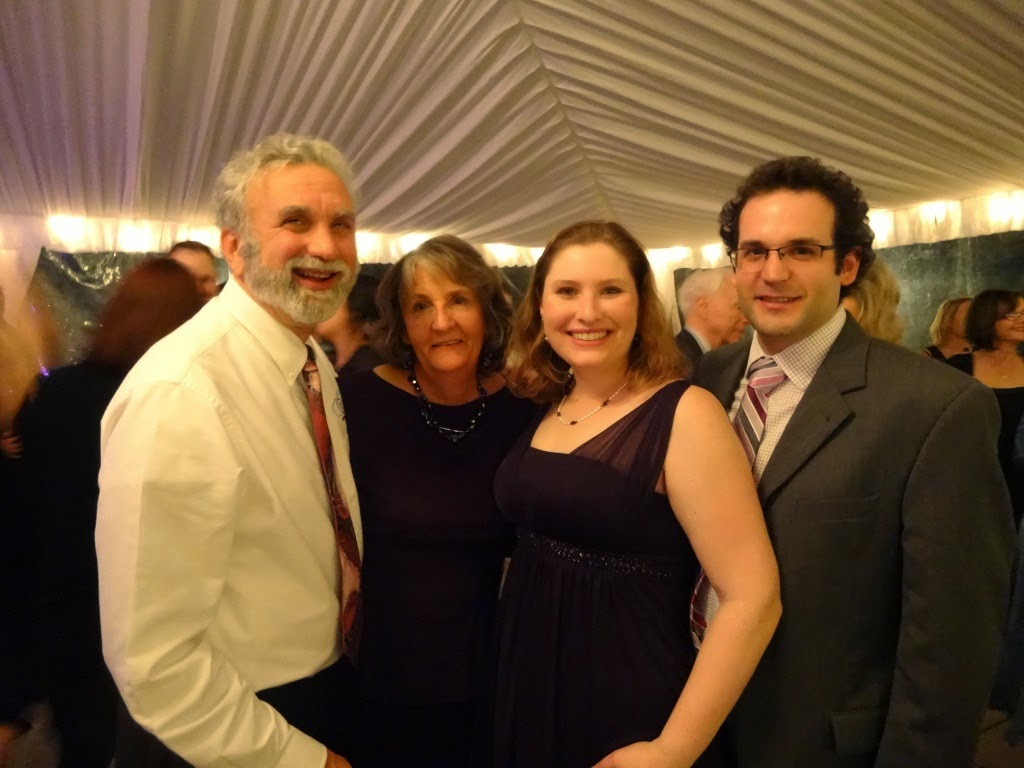 I have become something of an interfaith wedding fairy-- recently 2 different readers contacted me by email (nerdsinloveblog[at]gmail.com, if you're curious!) with interfaith wedding conundrums of their own. If you've got one, write in...don't be shy. I can help.. and if I can't, well, I can commiserate!

Well, here's hoping for a better week in spaceflight news.
Posted by Stephanie at 7:30 AM