Night at the Museum

Last night Dan and I went to the Houston Museum of Natural Science for an "End of the World' party. The museum opened at 8 (until I think 1, but we left at 11:30 because we're old) and had DJs in 3 different rooms, all of the permanent exhibits were open, along with the special Maya exhibit.

I saw the deal on Living Social for 2 tickets for $20 (tickets were regularly $20 each, score!) and figured, admission to the museum alone is $10, so this was a good deal.
They had a cash bar and food trucks on-site, so we grabbed some beers and started wandering through the museum. 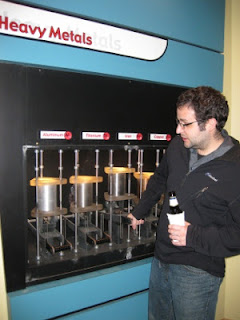 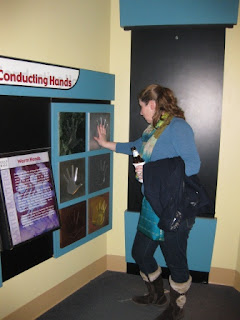 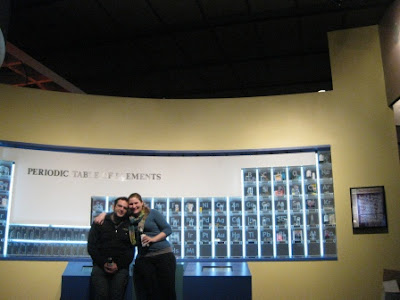 They also included admission to a showing of the Mayan Prophecy movie they had playing in the planetarium. The movie was kinda lame, and having to look up at it played over my head made me a bit dizzy.
As we wandered through the museum, we happened upon the best thing ever: a dance party in the dinosaur exhibit: 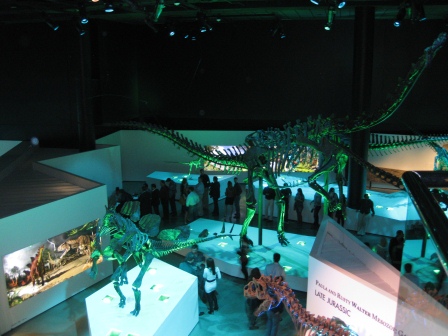 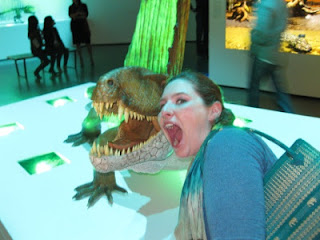 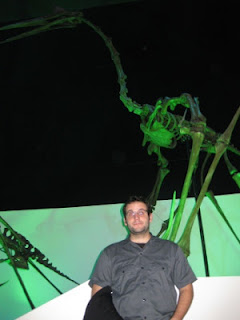 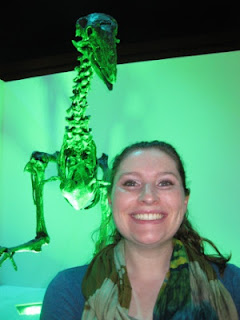 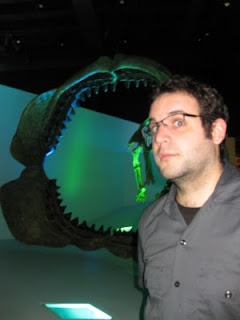 This was a pretty cool event and I hope they do more of them in the future. I am coming down with a cold so I was ready to call it a night by 11:30. (At midnight I turn into a pumpkin anyways...) A perfect night out for a couple of nerds!
Posted by Stephanie at 2:59 PM