Whew! I really wanted to put this post up Monday but instead I took a nap Sunday afternoon. Seriously. And it was glorious.

Wednesday we arrived in Fort Lauderdale and headed straight to my favorite chicken wings restaurant, then headed home to clean up before going to my uncle's house in Palm Beach for the first night of Rosh Hashana festivities.

Thursday night my parents hosted the second night of Rosh Hashana:
My honey cake and babka turned out amazing, thanks for asking. Seriously, that honey cake recipe is the best I've ever had. 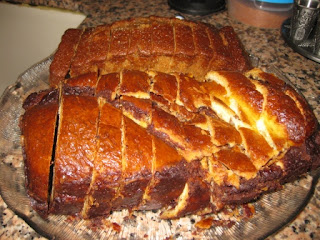 Babka was a little harder to make (with the rising and the waiting and the rolling and the twisting) but it was delicious! See the pretty marbling? 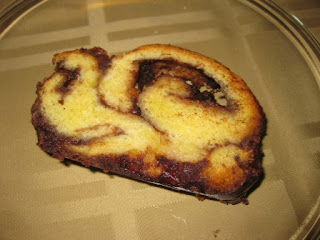 Friday night after synagogue and a family lunch, we headed to my favorite store in the world- Publix. There's a huge new one near my parent's house where they go to cooking class all the time. We were lucky enough to be in town for nice Jewish girl Chef Michelle Bernstein's just-post-Rosh-Hashana cooking class all about shellfish and pork. Which I ate all of. Happy New Year!

She was adorable and funny and the food was amazing. My dad says the short ribs at her restaurant are the best thing ever, but she can feed me tapas anytime! 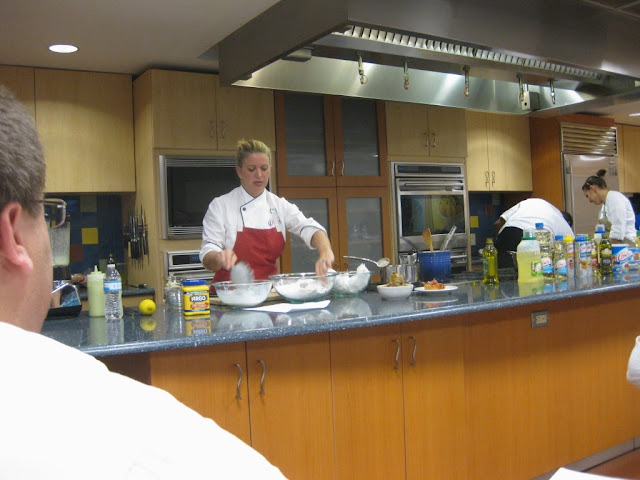 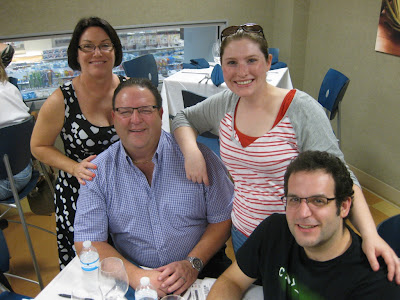 And how was the food? Um, incredible.  Clockwise from top right:
Pan Con Tomate (like a Spanish version of bruschetta with jamon serrano on top)
A to-die-for chorizo and clam dish topped with crispy garlic (yum) and gremolata (double yum)
Fried calamari with a coconut milk and cilantro sauce
Cinnamon Torejas (like a desset french toast)
Aprons, the Publix cooking school (no sponsorship here, but I freaking love Publix!)
And the whole spread of deliciousness! 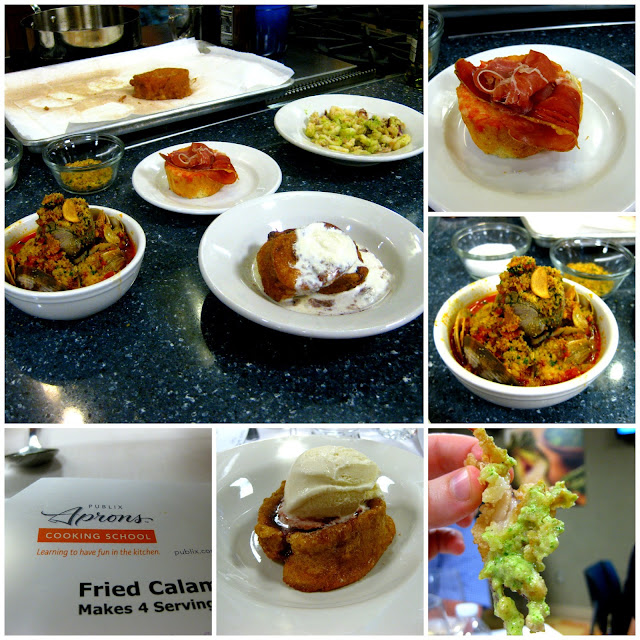 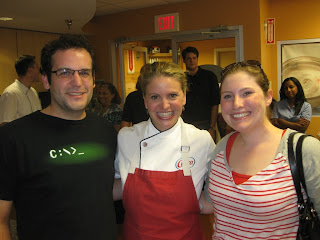 To finish out the awesome weekend of eating too much, my parents made me a birthday dinner: Rack of lamb covered with the most delicious BBQ sauce (another thing they learned at Publix cooking school) and some yummy funny colored potatoes (which I now have a bag of on my kitchen counter for Friday's dinner) 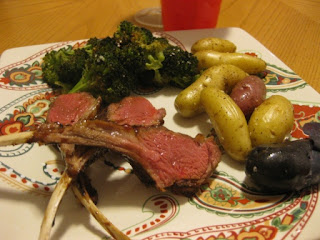 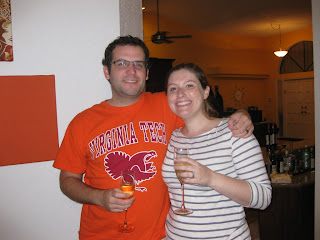 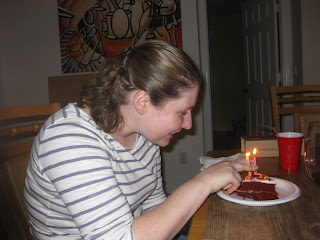 And a flashback to my parents senior pictures... 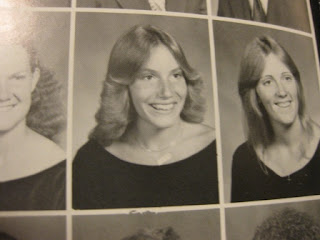 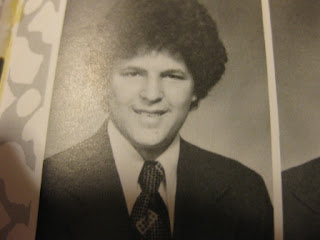 Thanks to my parents for an awesome weekend! Hope your holiday (or random weekend) was great, too!
Posted by Stephanie at 8:00 AM