We left off the night before the cruise, running to catch the bus back to our hotel. Of course had we missed the bus, it wouldn't have been a crisis... just a not-so-cheap taxi fare. 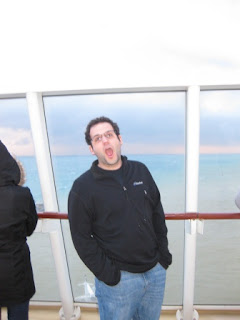 The next morning our cruise transfer didn't leave until noon, so we had a nice breakfast and a leisurely morning. The bus came right on time, drove the hour-plus and deposited us at the pier... in the pouring rain! We got off the bus, grabbed our suitcases and joined a wet, confused mass of people trying to figure out where to take our bags.

Eventually we made it on to the ship, stopped in our room to drop our stuff, and headed out for the first of many stuff-your-face sessions. After lunch, we went back to the room and took a very nice nap. The next two at-sea days were relaxed. We slept in, ate a lot, read many books, and took delightful afternoon naps. (Of all the honeymoon things, I miss afternoon naps the most!) 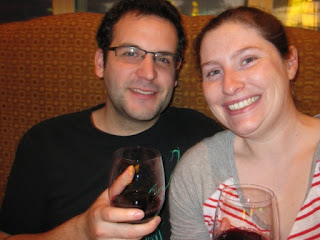 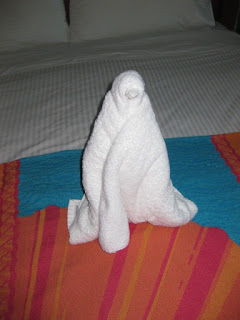 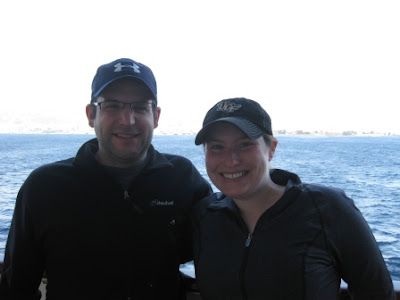 Then it was time for our next adventure. The ship stopped in Alanya, Turkey.  We took the bus to Perge, the first of many Roman ruins we'd see on the trip. 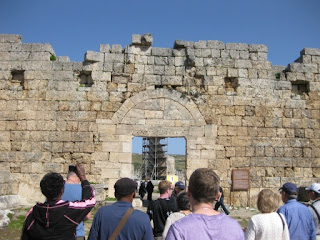 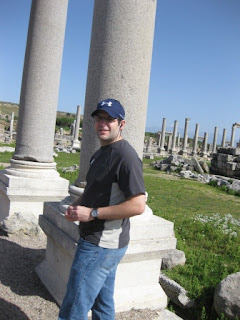 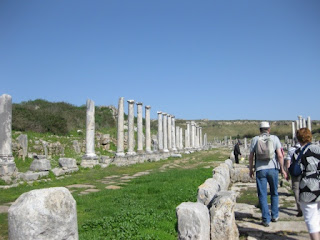 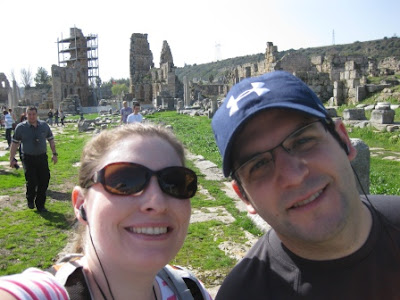 Next our bus was supposed to go to a community park with waterfall, but the locals were rioting (literally throwing oranges in the street over a feudal system-type land dispute with the government) so the road was closed and we had to turn around.  We ended up at a different waterfall that was not nearly as interesting or nature-y. Dan was kind of excited about seeing nature, but I prefer ruins anyways.
The next day, we landed in Limassol, Cyprus.
Here we took a 4x4 tour that went to a little village, a winery, and several scenic overlooks. Cyprus countryside was really pretty. 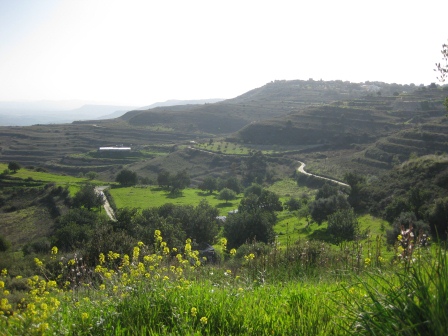 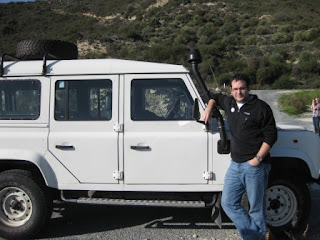 While on the tour we met a "lovely" lady from NH who said "I thought we didn't have a space program anymore" when we told her what we do for a living. Sigh. You guys know there's people in space right now... right?

The tour was only a half day, so after the tour we went into Limassol for lunch. Our driver recommended we try a meze to sample everything. We wandered around town, found a random restaurant, and ordered the meze. The meze was 18 euros a person, which is pretty steep for lunch, but it's a several course meal- we were stuffed! Also, since it was our only meal in Cyprus, it was a good way to try all the foods. 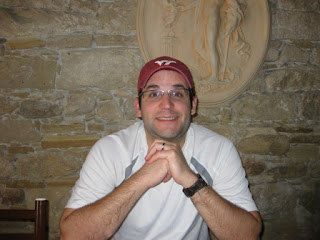 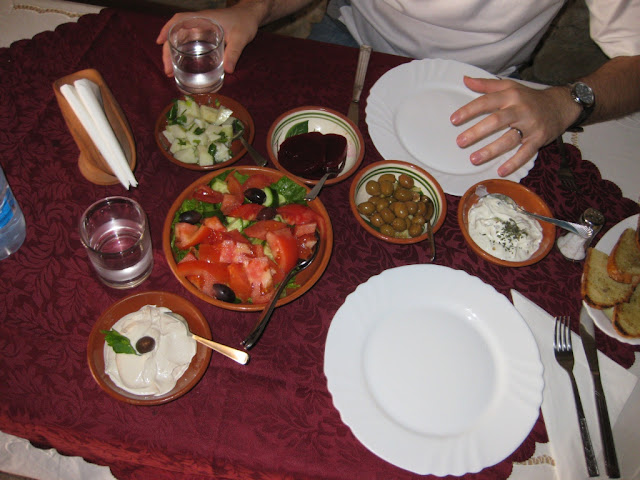 The second round was rice, couscous, and something resembling mac and cheese.  Then the third and fourth courses were various meats, cheeses, and sausages.  This pictures do not even do it justice (there were probably 4 or 5 plates not pictured). Also, the tahini we had in the Mediterranean was SO SO good. I ate tahini with a spoon here. 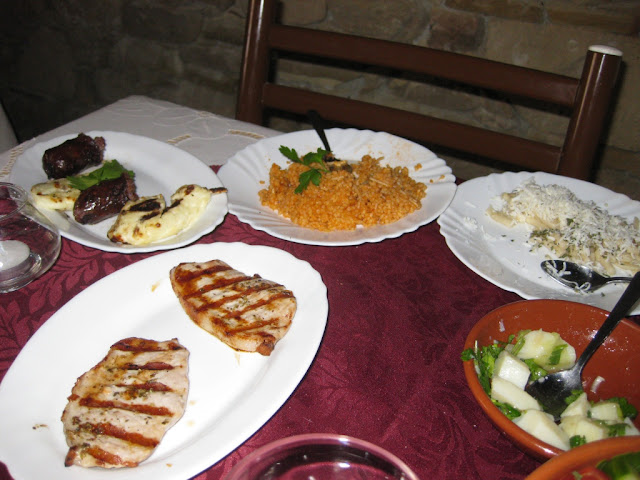 Dan was sad we didn't buy any souvenirs (we tried but we both have NO patience for shopping), but I said that the food was our souvenir and we'd remember it through pictures. Yum!
Next up... Israel.
Posted by Stephanie at 8:00 AM