Last Saturday morning we got up bright and early to drive to Austin. It's about a 3 hour drive from my house.

It was a really nice drive... did you know they raised the speed limit on the country highways to 75 mph?! Awesome. (I read a study once that said people will drive the speed they feel comfortable with, regardless of the speed limit. Well, I would drive 80 all the time, but a few speeding tickets have convinced me not to go more than 10 over the speed limit. However, when the speed limit was 75, 80 still felt like the right speed. Score one for the survey.)

Our reason to go to Austin was a Karate tournament. One of Dan's coworkers is a serious karate guy (he was a black belt champion back in Peru before he came to the US.) and he recently opened a dojo in the area. He teaches a bunch of children, but also has an adult class which Dan is in. This was their first tournament.
Here's some pictures of Dan in action (on the right): 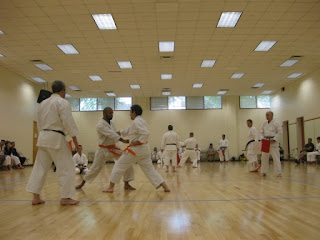 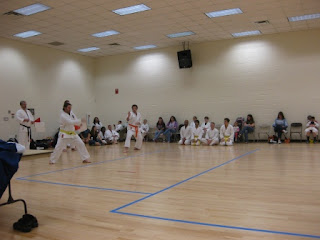 After a long day of driving and watching the competition, we checked into the hotel, then went out with some of the other families for dinner.

Sunday we went to an awesome brunch spot. My bff Meg and I discovered this place on a weekend trip to Austin back in 2009 and I have been dying to go back. (Fun fact: we almost did the bachelorette party in Austin, almost solely to eat at this restaurant.)  Here's a couple throwback pictures of me and Meg:
When Dan mentioned the tournament, I was sold. My motto should be "I'm only here for the food." The restaurant, Green Pastures, is in an historic home in Austin that was built in 1898. It is a regular fancy restaurant for dinner, but I definitely recommend their Sunday brunch.
Awesome food (this is one plate of the two I ate!)... 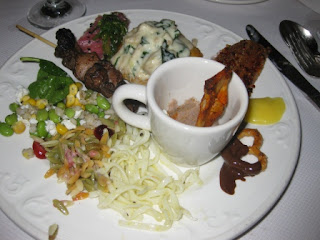 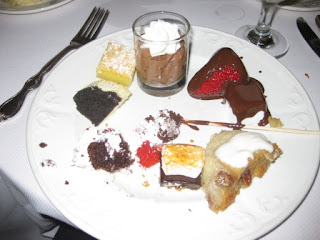 ...and all you can drink Milk Punch (aka adult milkshakes- milk, ice cream, bourbon and rum). Delicious! 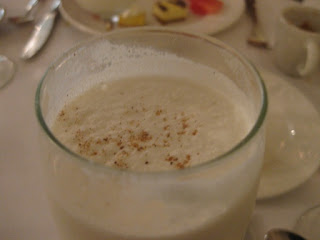 Also awesome? Peacocks on the grounds, including not one but two completely white peacocks. This one liked to show off: 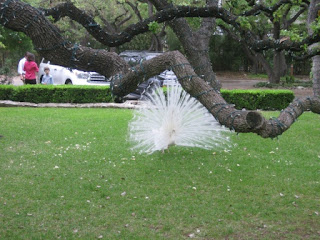 I won't lie, it's pretty pricey, but definitely a fun experience (plus it's like 2.5 meals if you stuff yourself enough- Dan and I never ate lunch or dinner, just had a snack around 7pm that night)  Make a reservation, and go earlier on Sunday... by noon, when we were finishing up, the buffet line had gotten long!

We also swung by the Texas Capitol building for a little exploring before our brunch reservation. 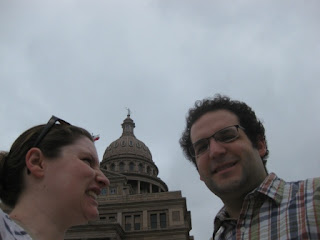 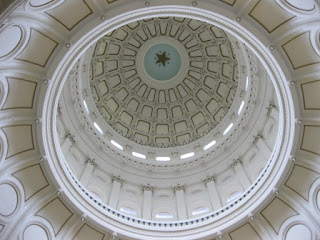 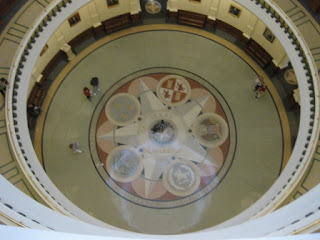 (Texas' identity as a country-state is pretty fascinating. Dan and I were laughing during Revolution this week that every time you read/watch something post-apocalyptic where they discuss the new world order, Texas is it's own country. We don't know much about them in Revolution but in the show Jericho Texas was totally awesome! I'm not a secessionist by any means, but I do think that if the world ended tomorrow, I'd be glad to live in Texas.)