We spent 15 days abroad on our honeymoon, visited 6 different countries, got lost a couple times, and had our first adventures as husband and wife.

We left Thursday, 2/21 and with the loss of 7 hours due to the time change, plus 11 hours in the air, we landed Friday morning. Our cruise left on Saturday so we spent the night at the Rome airport Hilton. This was so we could take a cruise-affiliated transfer to the port.

The port city of Civitaveccia is over an hour drive from the Rome airport, which is itself about 30 minutes from the city. We were worried about the logistics of getting there on our own with our giant suitcases and didn't want to miss the boat! (Legitimately they will leave without you and you have to find a way to their next port city...) We planned to take the train back to Rome after the cruise, since we had all day to figure it out. As it turns out, taking the train to/from the port is really no hassle at all (once you  know where you're going), and you can save about $200 for 2 people if you do that vs a cruise-affiliated transfer. Live and learn.
Friday, after collecting our bags and going through the non-existent customs (if you had nothing to declare, you bypassed completely... I am beginning to think that the US is pretty much the only country that gives a damn about customs anymore. I have been many places, but my passport is basically just re-entry stamps into the US.) we made the short walk to the hotel. It was pretty early in the morning but they had a room for us. We checked in, grabbed some breakfast (or dinner? or... what's that meal you eat a 2am when it is also 10am?), and then passed out for several hours. 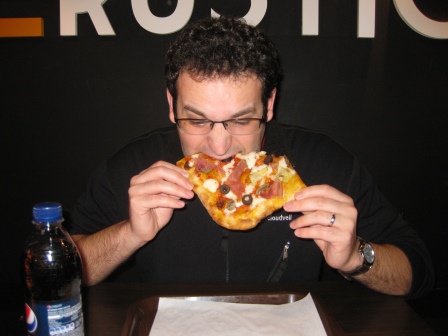 When we woke up, I was hungry again. (Surprise! I'm always hungry!) We wandered over to the airport and grabbed some pizza, then evaluated our options for evening entertainment. The hotel offered a free shuttle to Rome, or we could hop on a cab to nearby fishing town Fiumicino. However, as the concierge informed us, this is Italy and nobody eats dinner until 8:00... she thought that Fiumicino might be pretty dead in the afternoon/evening, so we decided to take the shuttle to Rome. 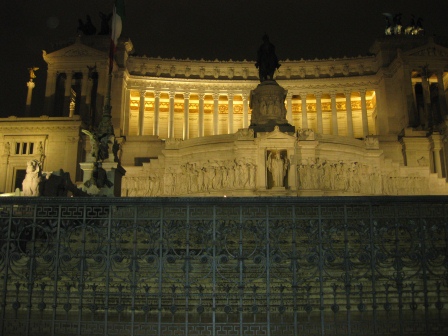 We wandered around for a little, peeked at some sights (above the Italian capitol) in the dark, and then found a restaurant. 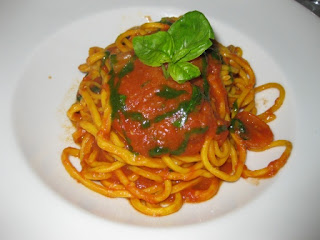 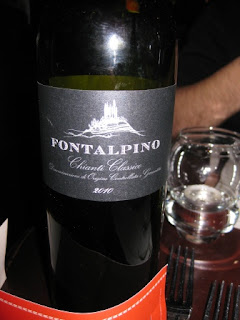 We ate dinner, and then left, hoping to catch the every-hour-on-the-hour bus back to the hotel. Only as we approached the bus stop, we saw the bus driving away. Oh no, too late! Since we had an hour to kill, we wandered back through the city and followed a sign for Trevi Fountain. 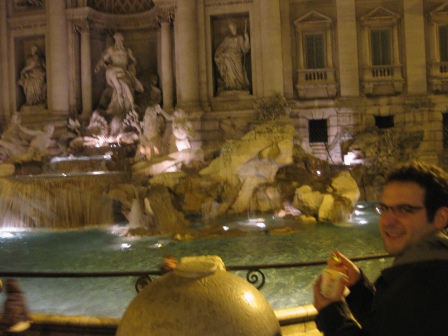 While gazing at the fountain (with perplexing sculpture of pagan gods dedicated to a Pope?) we had some gelato, naturally. Then we headed back super early to the bus stop. The bus was just dropping some people off, but wouldn't let us on as he had to go sit somewhere for 20 minutes until it was time to pick up. Drat! So we decided to wander some more.

This was what you might call an error in judgement. We walked down to the Tiber River, then walked up what we thought was a parallel street to the one we just walked down. But no, it turns out that this street, which was in fact the old Jewish ghetto, went off at a wacky angle and let us out somewhere that was decidedly not where we thought we would be. Now 10 minutes before the last bus of the night, we started sprinting in what we hoped was the right direction (thank goodness it was) to catch it. After a good bit of running (and huffing and puffing... we were a tad out of half-marathon shape!) we got to the bus only about 3 minutes before it left. Whew!  Getting lost-ish in a foreign country, check! Running for our transportation, check! First married adventure, check! 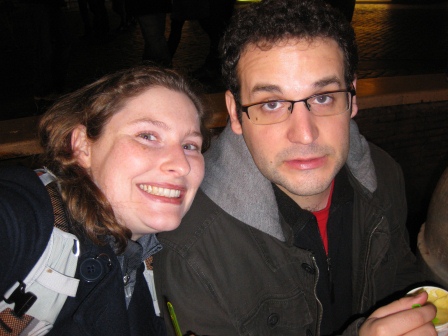